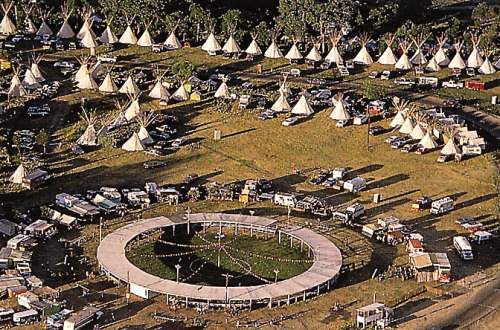 click on the link below to
Listen to Crow Voices 91.1
Live Stream

We, the Crow people, are at a crossroads and have an important question to ask ourselves: Do we want to have a voice in our Tribal government or do we want to close our eyes and continue to be controlled by an illegal constitution? Our ancestors are watching and future generations are depending on us. It is time to bring our government back to the Crow people.

The 1948 Constitution places the power in the hands of the Crow people to establish any kind of government we want, as long as we go through the legal process and ratify changes to our constitution through a secret ballot referendum vote. The 2001 “constitution” and by-laws were pushed through without a secret ballot vote, creating an unconstitutional (illegal) appointed legislative body, the Crow Legislature, that isn’t listening to the voices of the Crow People. Its existence has created an environment for favoritism, secrecy, lack of accountability, corruption and unchecked power.

One hundred Crow people signed a petition asking the Tribal Chairman to look into this constitution issue.

The 2001 ”constitution” transferred power from the people’s Tribal council and their elected officials “one voice, one vote” to a handful of legislators who are easily controlled by outside business interests. The wealth of the Crow Nation (financial wealth, natural and cultural resources) has been squandered and harmed by a few. We are at a crossroads—the Crow Nation is $74 million in debt. The Crow legislature has cost $600 million to pass 11 laws. We deserve better.
Our children deserve better.

VOTE FOR THE 1948 CONSTITUTION ON SATURDAY, AUGUST 12. RATIFY RESOLUTION 17-01. You can vote electronically in your district or in Billings at Rocky Mountain Tribal Leaders Council. Let your voice be heard! Every voice counts!